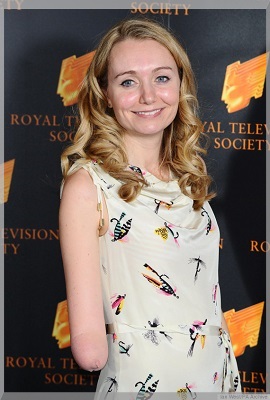 Burnell's mother is a dance teacher, and her father is a telecoms manager.[1] She has one younger brother.[2] She was originally named "Claire" but started asking people to call her "Cerrie" at the age of 10.[1] Burnell grew up in the south-east London suburb of Petts Wood.[6]

Burnell was born with her right arm ending slightly below the elbow.[3] Her parents encouraged her to wear a prosthetic arm, but she resisted from the start and stopped wearing one entirely when she was nine.[7] Burnell also suffered from dyslexia, which left her unable to read until the age of 10. She learned with extra tuition and the Letterland system.[8]