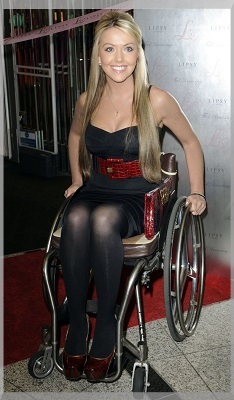 After attending the Liverpool Theatre School, Stewart appeared in several TV adverts before landing her big break on the soap.

Stewart is the first disabled actress to act as a main character in Hollyoaks. She has Guillain–Barré syndrome – an autoimmune disorder affecting the peripheral nervous system which usually exhibits as an ascending paralysis noted by weakness in the legs. Stewart lost the use of her legs when she was twenty-one. She left Hollyoaks in 2010 when she became pregnant[1] with her eldest child.

Stewart has worked on various projects since having her daughter and voices the character Rubi Von Screwtop for the Beano show Dennis & Gnasher Unleashed on CBBC & Uk Netflix. Stewart also voices the U.S Netflix version of the show.

Stewart is a campaigner for specialist advice and support for disabled mothers in caring for young children.[2][3] She is also the official ambassador for the Muscular Dystrophy Campaign[4] and a patron of Disabled Parents Network.[5] She is the proud Patron for Abigails footsteps charity and works closely with them.