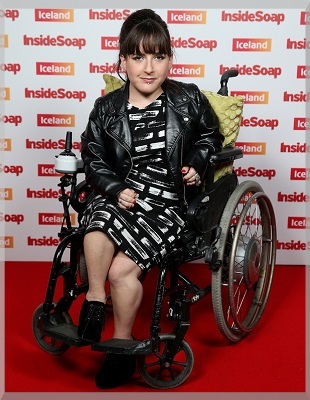 She played the character Denny in Grange Hill[1] between 1994–1996. Hammond did not star in any major roles again until 2004 when she played Tina in Max and Paddy's Road to Nowhere. However, she had minor appearances in television programmes such as Holby City, Where the Heart Is and Casualty, and in the film Quills. Hammond also played the major role of the herald in the Royal Shakespeare Company revival of Marat/Sade in 2011. In 2005, she played Harriet in the BBC TV mini series, Bleak House, whilst in 2009 and 2011 Hammond played Kerry in the first and second series of TV comedy Psychoville.

In April 2015, Hammond appeared in detective television series, Vera, as Helen, a police intelligence officer. She left Vera in April 2017.

In June 2015 Hammond appeared in BBC crime drama The Interceptor as a rental car salesperson.