Genevieve Louise Barr is a British deaf actress and writer. Born in 1985, in Harrogate,

Genevieve went to the University of Edinburgh and studied English Literature and History before coming onto our television screens, in a primetime lead role in BBC's The Silence. 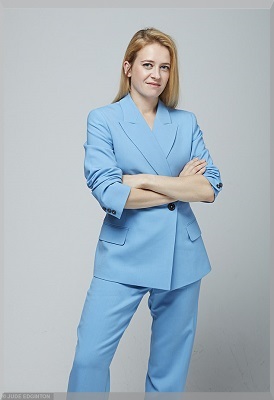 She is starring in Jack Thorne's drama 'The Accident', alongside Sarah Lancashire out on Channel 4 and HULU.